The new commemorative coins are available in the mint’s “Annual Set,” and a commissioned artist created each design.

The 2021 Annual Set will commemorate: 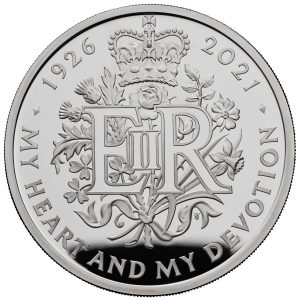 “Each coin is a miniature work of art and has been designed as a treasured keepsake or gift,” said Clare Maclennan, a director with the mint. “This year’s Annual Set is particularly special for the Royal Mint as we celebrate one of the biggest milestones in our 1,100-year history – the anniversary of decimalization. This was one of the largest and most intensive public awareness campaigns ever staged by the government and introduced the coins that we know today. Decimalization was the birth of modern coin collecting, and it is fitting that the anniversary has been celebrated on a 50 pence – which is Britain’s most loved coin.”

The commemorative set will be available to purchase online, via royalmint.com, in a range of precious metal and base proof finishes, including a proof set; a “premium” proof set; a gold proof set; a silver proof piedfort set; and a Brilliant Uncirculated set.

The coin marking the 75th anniversary of Wells’ death has already earned the ire of his fans for several apparent design errors.

“As someone who particularly likes one of his very famous stories, can I just note that the big walking machine on the coin has four legs? Four legs. The man famous for creating the Martian TRIpod,” wrote artist Holly Humphries on Twitter. “How many people did this have to go through? Did they know how to count?”

Science fiction novelist and professor of 19th-century literature Adam Roberts, who’s the author of a Wells biography and vice-president of the HG Wells Society, agreed “it would have been nicer for them to get things right,” according to a report from the U.K.’s Guardian. 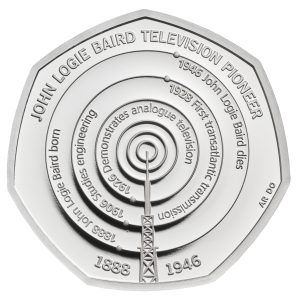 The depiction of the Invisible Man, Roberts said, incorrectly uses a top hat rather than the “wide-brimmed hat” described in Wells’ 1897 sci-fi novel, The Invisible Man.

“I’d say Wells would be annoyed by this carelessness,” Roberts told the Guardian. “He took immense pains to get things right in his own work—inviting translators of his book to stay with him to help the process and minimize errors and so on.”

A Royal Mint representative told the Guardian the 1,000-year-old minting operation created the coin “to celebrate the life and works of HG Wells … as imagined by designer Chris Costello.” 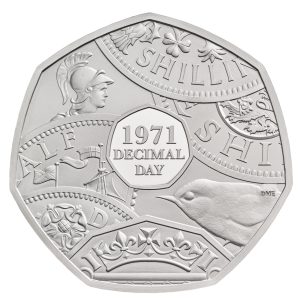 Another 2021-dated 50-pence coin will mark the 50th anniversary of the United Kingdom’s ‘Decimal Day,’ when British currency was decimalized.

In addition to the Wells coin, a £5 piece will celebrate Queen Elizabeth II becoming the first British monarch to reach the age of 95 on April 21.

Since 1990, the Royal Mint has issued £5 coins commemorating events of national significance – often a royal theme – including the Queen Mother’s 90th birthday and other key royal anniversaries.

The 2021 £5 coin will display the current Queen’s year of birth, 1926, alongside the current year and the royal cipher “EIIR.” The coin will also feature a quote: “My heart and my devotion,” referring to the Queen’s first televised Christmas broadcast in 1957.

“In the old days the monarch led his soldiers on the battlefield and his leadership at all times was close and personal,” she said in 1957. “Today things are very different. I cannot lead you into battle, I do not give you laws or administer justice, but I can do something else. I can give you my heart and my devotion to these old islands and to all the peoples of our brotherhood of nations.”

Also part of the 2021 Annual Set, a £2 coin will celebrate the 250th birth anniversary of Scott, an Edinburgh novelist whose work includes The Waverley Novels.

Lastly, a pair of 50-pence coins will mark the 75th anniversary of Baird’s death (the Helensburgh-born engineer is known as the first person to demonstrate a working television) plus the 50th anniversary of the day the British currency was updated from shillings, pounds and pence to the decimal system.