It has been half a century since U.K. football legend Bobby Moore hoisted the Jules Rimet trophy in front of nearly 97,000 fans at Wembley Stadium, and the milestone has been marked with a commemorative coin struck by The Royal Mint.

Stephanie Moore stuck the official 1966 FIFA World Cup England 2016 Alderney £5 Brilliant Uncirculated coin. A donation from each purchase will be made to the Bobby Moore Fund, which celebrates the 1966 Cup-winning captain and supports the groundbreaking bowel cancer research of Cancer Research U.K. 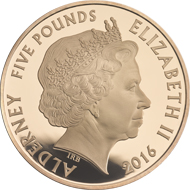 The obverse of the 22-karat gold coin features the effigy of Queen Elizabeth II by Ian Rank-Broadley.

“I am delighted to have been invited to The Royal Mint to strike the official FA £5 coin to celebrate the 50th anniversary of England winning the World Cup. I’m sure Bobby would have been proud to see a coin created in honour of the team, and it’s a great way of raising vital funds and awareness of the Bobby Moore Fund for Cancer Research U.K.’s work to beat bowel cancer,” said Moore. 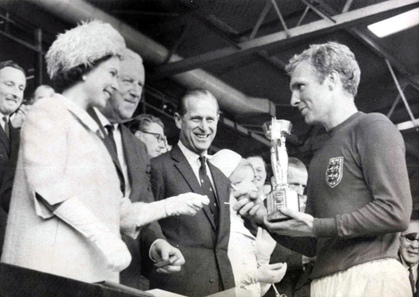 “Not just because it honours Bobby Moore, but also because it features Her Majesty the Queen, now in her 90th year, who is Patron of The FA, and who presented Bobby Moore with the Jules Rimet World Cup trophy on that famous afternoon in July 1966.”

‘THEY THINK IT’S ALL OVER’

On July 11, 1966, after six years of planning, England’s FIFA World Cup was underway.

For the next 20 days, the world’s best football players, including Eusebio, Pele, Beckenbauer and Moore, would showcase their skills in packed stadiums across the country. Each nation battled to be crowned champion and lift the famous Jules Rimet trophy. The “feel good” factor in the build-up reached fever pitch as England’s campaign gathered momentum, and with the extra-time in a 4-2 victory over West Germany, national pride soared to new heights.

BBC commentator Kenneth Wolstenholme’s words became world-famous, and ever since England has hoped for a moment when it can be repeated: “They think it’s all over! It is now …”