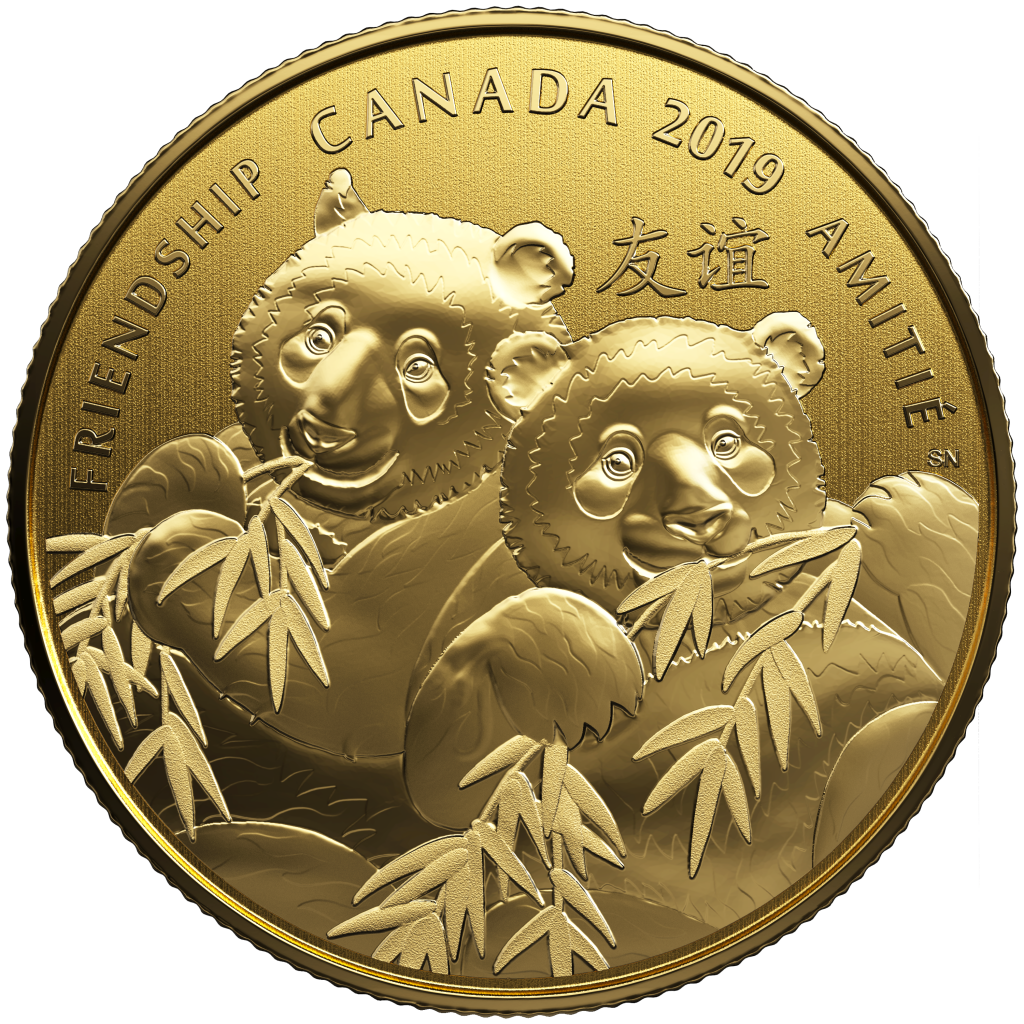 The 2019-dated $8 Fine silver coin, “Pandas: A Golden Gift of Friendship,” has a mintage of 88,888 pieces, owing to the number eight’s designation in Chinese culture as the luckiest number.

Long considered the luckiest number, “8” is pronounced “ba” in Chinese – similar to the word “fa,” which means “to make a fortune.” Holding symbols of prosperity, success and high social status, the number eight is favoured by business and political leaders; in fact, even Chinese citizens will pay a premium for a telephone number with an “8″ in it. 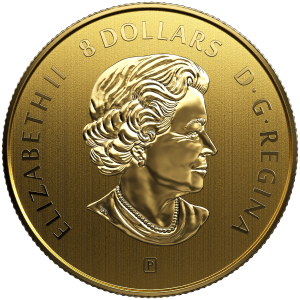 The coin (obverse shown) also has a mintage of 88,888 pieces, owing to the number eight’s good-luck status in Chinese culture.

Occasionally, they will “branch out,” adds the website, which explains about one per cent of a panda’s diet will comprise other plants and even meat.

“While they are almost entirely vegetarian, pandas will sometimes hunt for pikas and other small rodents. Indeed, as members of the bear family, giant pandas possess the digestive system of a carnivore, although they have evolved to depend almost entirely on bamboo. This reliance on bamboo leaves them vulnerable to any loss of their habitat – currently the major threat to their survival.”

With a weight of 7.96 grams and a diameter of 27 millimetres, the coin has a modified specimen finish and serrated edges.

Described by the Mint as “a premium-looking coin,” the pure silver piece’s full gold plating “gives it the look of a gold coin,” Mint officials added.

“More than a wildlife-themed coin, this collectible is an opportunity to celebrate friendships by dedicating it to a special person who enriches your life,” reads the press release issued this April.

“This keepsake of friendship is a ready-made gift: it comes enclosed in a colourful presentation card with envelope.”