OTD: Treaty No. 2 signed in Manitoba 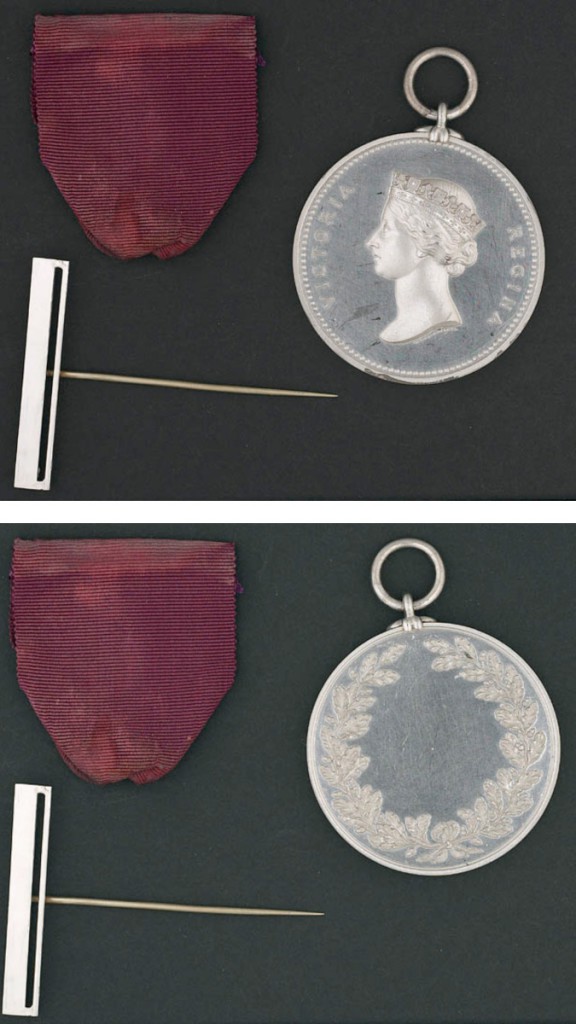 A medal given to the various First Nations chiefs who signed Treaty No. 1 and Treaty No. 2 depicts a bust of Queen Victoria and the inscription 'VICTORIA REGINA' on the obverse (top). A wreath of oak leaves and acorns are joined by a knot on the reverse. (Photo by Treaty Relations Commission of Manitoba)

On today’s date in 1871, Manitoba Lieutenant-Governor Adams Archibald signed Treaty No. 2 (also known as the Manitoba Post Treaty) with First Nations in Southern Manitoba “so that there may be peace and good will between them and Her Majesty.”

Treaty No. 2 was signed at Manitoba Post just a few weeks after Treaty No. 1, according to the Treaty Relations Commission of Manitoba. It ceded areas deemed necessary to economic expansion and settlement in the western and northern parts of the province. Altogether, the treaty ceded 92,462 square kilometres in southwestern Manitoba and southeastern Saskatchewan to various First Nations.

Assigning gifts “to show the satisfaction of Her Majesty with the behaviour and good conduct of Her Indians parties to this treaty, She hereby, through Her Commissioner, makes them a present of three dollars for each Indian man, woman and child belonging to the bands here represented.”

The obligations of the First Nations were to “observe this treaty, and also to conduct and behave themselves as good and loyal subjects of Her Majesty the Queen … obey and abide by the law … maintain peace and good order between each other, and also between themselves and other tribes of Indians, and between themselves and others of Her Majesty’s subjects, whether Indians or whites … and not molest the person or property of any inhabitants of such ceded tract or the property of Her Majesty the Queen, or interfere with or trouble any person passing or travelling through the said tract … and they will aid and assist the officers of Her Majesty in bringing to justice and punishment any Indian offending against the stipulations of this treaty, or infringing the laws.”

The Crown was obligated to give nearly 65 hectares to each family of five persons (or in the same proportion for a greater or smaller number of persons). What’s more, “Her Majesty agrees to maintain a school in each reserve hereby made, whenever the Indians of the reserve shall desire it”; however, “within the boundary of Indian reserves … no intoxicating liquor shall be allowed to be introduced or sold.”

The agreement also required the Crown to pay $15 to each First Nations family of five (or in similar proportions for larger or smaller families).

Medals were an important part of the treaty process as they provided a lasting visual reminder of the commitments made to and by all parties.

The first medals were awarded to the chiefs who signed Treaty No. 1 and Treaty No. 2. The medal’s obverse features a bust of Queen Victoria and the inscription “VICTORIA REGINA,” and the reverse depicts a wreath of oak leaves and acorns joined by a knot.