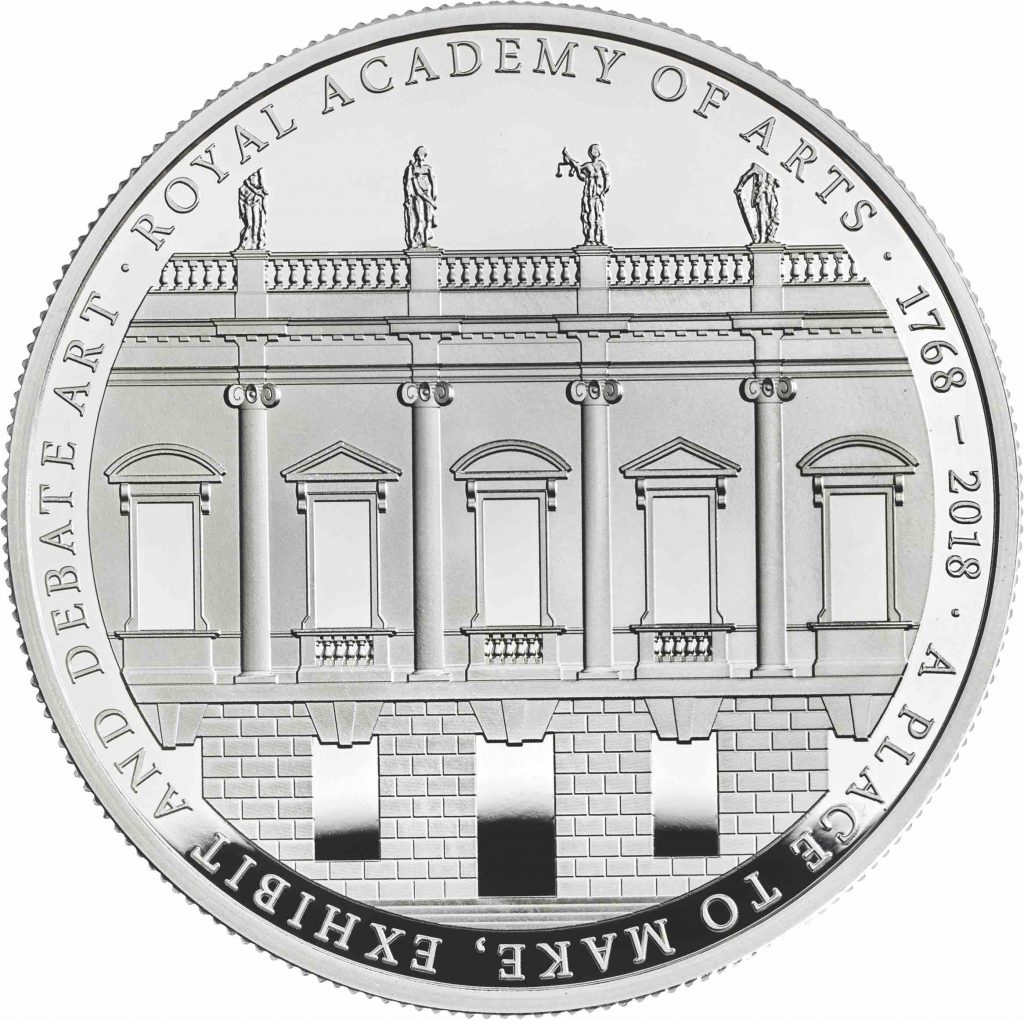 The U.K.’s Royal Mint will mark the 250th anniversary of the Royal Academy of Arts (RA) with the launch of a commemorative £5 silver Proof coin featuring an architectural detail of Burlington House.

The coin design, which depicts a historical view of the building, was created from an original engraving by Sir David Chipperfield, the architect who is transforming the RA by linking Burlington House and Burlington Gardens, which will open this May.

In describing his anniversary coin design—developed with graphic designer John Morgan—Chipperfield said it was based on “an architectural detail of the main facade of Burlington House taken from an engraving in the third volume of Vitruvius Britannicus, the influential architectural treatise by Colen Campbell.

“The four categories of the RA are directly captured or referenced: architects, sculptors, painters and engravers, printmakers and draughtsmen. The text encircles and frames the scene.” 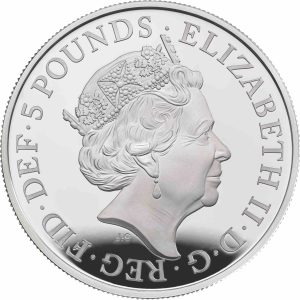 Other Academicians who have worked with the Royal Mint include Arnold Machin, who produced a portrait of the Queen—the first to appear on decimal coins—as well as the 1972 silver Wedding Anniversary crown and the 1977 silver Jubilee crown. Later, David Mach and Christopher Le Brun, current President of the RA, produced designs for 21st-century Britannia coins and the ever-popular Kew Gardens 50 pence.

Tom Phillips, James Butler and Sir Anthony Caro are other significant Royal Academicians who have designed coins and medals for the Royal Mint.