The commemorative coin issued by the Latvijas Banka to mark the centenary of Latvian independence features the inscription 'LATVIJA' on the national side.

A two-euro commemorative coin marking the centenary of independence for three Baltic states has been jointly issued by Latvijas Banka, Lietuvos Bankas and Eesti Pank.

The coin’s design, which represents the Baltic states’ determination to defend their independence as well as their shared history—was chosen via a public online vote with two designs coming from each of the three countries.

The establishment of the independent Republic of Latvia was proclaimed in Riga on Nov. 18, 1918. Lithuania and Estonia—Latvia’s neighbouring countries—declared independence earlier that year.

Three nations with varied histories, the Baltic states co-operated on the international stage and demonstrated their common desire of defending independence on battlefields and abroad. 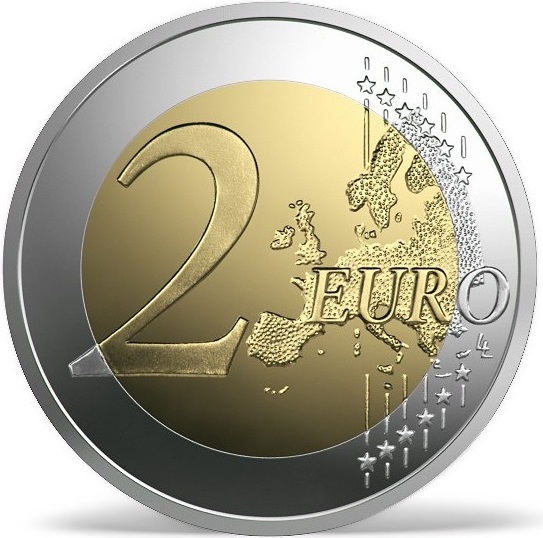 The common-side design, by Luc Luycx, depicts the various countries of the European Union as well as the denomination ‘2 EURO.’

The coins—minted by the Mint of Lithuania—depicts a motif of the intertwined fates of the three Baltic states by Lithuanian designer Justas Petrulis.

The national side of the coin also includes the country of origin as well as the year-date.

The common side of the new coins depict the denomination of “2 EURO.” The common-side design was created by Luc Luycx, of the Royal Belgian Mint. It also depicts the various countries of the European Union.