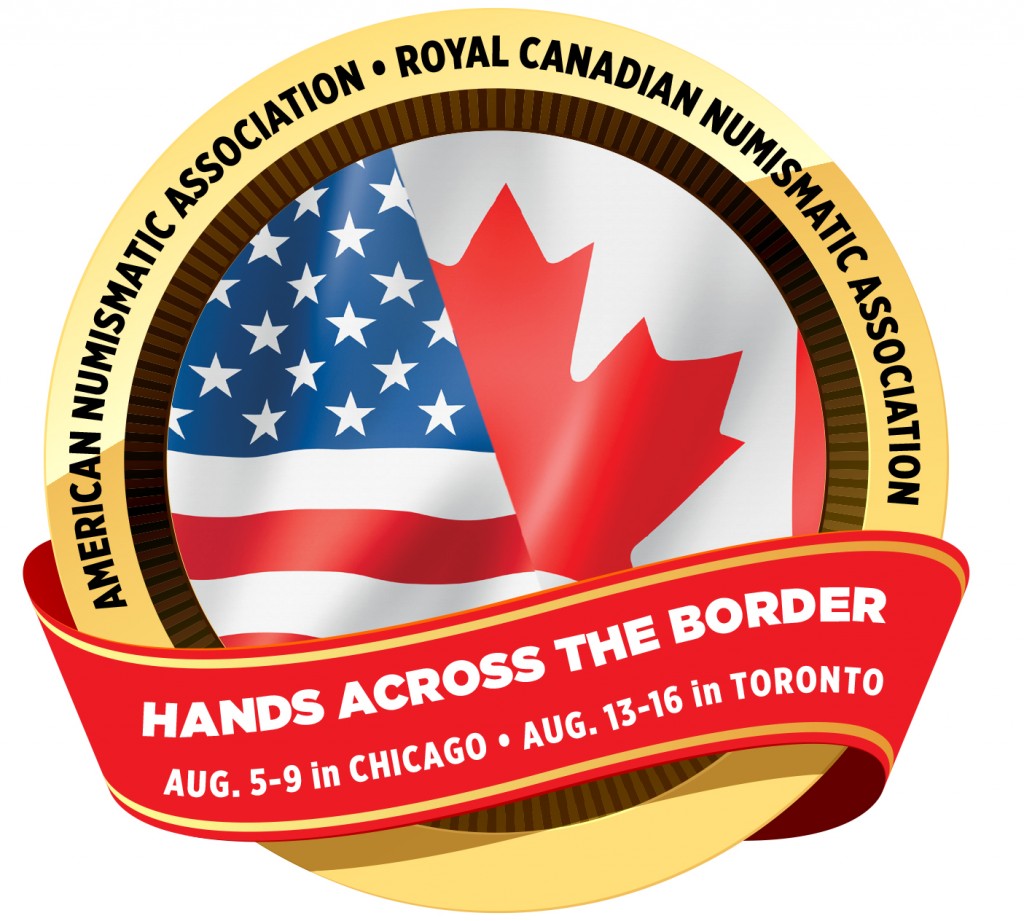 Red, white and blue – certainly prominent colours across Canada and the United States – are the theme today as the 61st annual convention of the Royal Canadian Numismatic Association (RCNA) kicks into full gear in Mississauga, Ont.

Hands Across the Border is the joint theme adopted this year by both the RCNA and its U.S. counterpart, the America Numismatic Association (ANA), which held its annual convention, the World’s Fair of Money, last week in Chicago, Ill.

The RCNA’s popular educational symposium opens the convention today and features speakers from both Canada and the United States. They include:

Several of the topics focus on paper money and banking in celebration of the Canadian Paper Money Society’s 50th anniversary.

“The idea of trying to bring the RCNA and ANA together makes a lot of sense,” says RCNA President Bret Evans. “The ANA’s summer event is the biggest event in North America, and we usually have our convention the week after. With Toronto and Chicago being closed together, and linked by air carriers at affordable costs, it seemed like the ideal chance to encourage collectors attending one event to take in the other as well.”

Ostromecki added “We want to show there is a joint partnership. The hobby has no borders. It extends beyond that and we need to recognize the clubs and groups around the world. We want to promote the future of the hobby as well.”

The RCNA convention continues until Sunday morning. The popular show and bourse, sponsored this year by CCN, open Thursday following the opening ceremonies at 10 a.m. The bourse is open until Saturday (each day from 10 a.m. to 4 p.m.).