Canadian numismatics on upswing as it enters 2020s 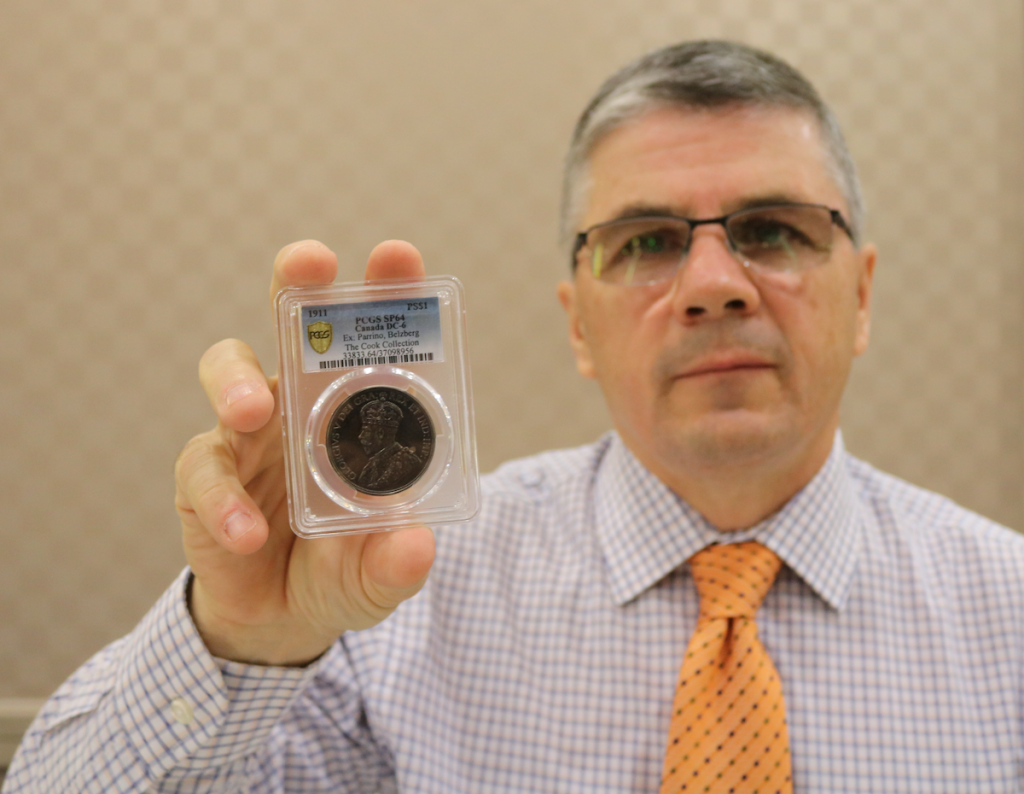 Collectors' desires remain consistent for rare and high-quality coins, like the only privately owned 1911 silver dollar held by dealer Sandy Campbell (shown above), but the Canadian coin market is also showing strength in its average material as of late.

After a robust year in Canadian numismatics, collectors and dealers alike are looking back at the past 12 months to shine a light on where the hobby is headed next.

In regards to major collections being offered on the market – and rewriting the market’s trends – the sales of the “Cornerstone” and George Cook collections, which realized more than $7 million altogether, were among the two biggest highlights of 2019.

“The industry has seen some growth this year that was probably unexpected,” said Sandy Campbell, owner of Nova Scotia’s Proof Positive Coins, which managed the fixed-price sale of the Cornerstone Collection, two-thirds of which has sold – with realizations exceeding $3 million – since launching this spring.

“For Cornerstone, it was very unexpected how well that collection was received by the collecting community. The sales were very strong – and somewhat overwhelming, actually – but the Cook sale also exceeded expectations.”

The main portion of the Cook Collection was offered by the Texas-based Heritage Auctions on Aug. 15, and despite concerns about the collection’s cleaned coins, all 439 lots sold with total realizations exceeding $3.2 million US (about $4.2 million Cdn.). 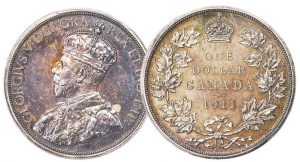 The only privately known 1911 silver dollar was acquired by a pair of Canadian dealers earlier this year in a bid to keep the piece of numismatic history within Canada. (Photos by Heritage Auctions)

Among the highlights of the Cook Collection was the only privately known 1911 silver dollar – “The King of Canadian Coins” – which was jointly acquired by Campbell and fellow dealer Ian Laing, owner of Gatewest Coin, for $552,000 US (about $730,000 Cdn.).

While collectors’ desires for rare and high-quality coins are virtually guaranteed, the Canadian coin market is also showing strength in its average material.

“Across the board, the high end has gone to another level, but then Cook sale had a lot of average stuff that sold for strong prices,” said Campbell, who added the Canadian market “has been a bit asleep on the world stage, but I think we’re catching up.”

“If you look at countries like Australia, Russia, Poland and the U.S., they’ve had serious runs of expensive coins, but Canada didn’t have that until recently.”

Overall, as these large collections changed hands throughout the year – as well as in recent years, like with the April 2018 sale of the Doug Robins Collection – rare coins found “serious buyers,” said dealer Yvon Chicoine, who’s also vice-president of the Canadian Association of Numismatic Dealers and added 2019 was “an excellent year for collectors and a profitable year for both coin dealers and auction houses.” 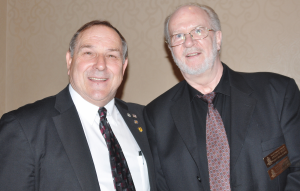 Comments about the Canadian market’s recent upswing were echoed by Scott Douglas, president of the Ontario Numismatic Association (ONA), who added 2019 was “a great year for the hobby.”

“There has never been more interest in almost every aspect of numismatics,” said Douglas, who added Canadian commemorative historical medals went “unnoticed for many years” but are “very hot” as of late.

“I don’t really see any area of numismatics trending downwards, although some tokens have slowed down somewhat.”

In 2019, most of the positive comments coming from collectors focus on the prices realized for Canadian material at auctions, Douglas said.

“I think from the perspective of value, the second decade of this century has definitely benefited from the rising demand for better-quality material; however, from the true sense of collecting, the pure collector is being elbowed aside by the ‘out-for-profit’ commercial collector,” he added.

“These are individuals that will never contribute to our hobby in a useful way but will spend their energy on trying to make a dollar from the pure collector.” 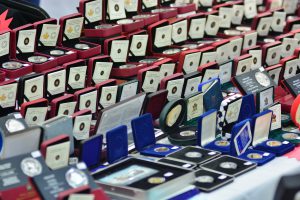 The Royal Canadian Mint’s expansive annual coin program ‘has had a long-lasting effect on creating collectors who have gone on to the numismatic side,’ Campbell said.

“There’s a lot of strength right now. People recognize good value, and Canadian coins have a lot of value.”

Campbell, who has been in the business for four decades, has witnessed the growth of numismatics in Canada before his eyes. Despite concerns about dwindling show attendance, the shows “have been very busy and very active” in the past 12 months, he added.

And while the Internet may hamper some aspects of the hobby – namely club memberships – it has also emboldened others, including its visibility.

“New platforms like eBay have changed the way collectors acquire and sell their coins, for better or worse, depending how you see it,” said Chicoine. “I believe that the hobby will remain strong no matter what changes are to come.”

The hobby is “on the rise,” Chicoine said, and there are many reasons, including the Royal Canadian Mint’s expansive annual programs and marketing campaigns, increased precious-metal prices and expansive collector budgets.

It’s a different numismatic landscape today than it was four decades ago, when Campbell entered the coin business.

“There wasn’t a whole lot of depth. It was harder to make ends meet, but now the scope of numismatics is so broad,” said Campbell, adding the Mint “has had a long-lasting effect on creating collectors who have gone on to the numismatic side.”

Owing to the “collector-driven” nature of the Canadian market, it’s paramount for hobby organizers to focus on the aforementioned “pure collectors,” Douglas added.

“The main challenges ahead for our hobby will be in staying relevant to the pure collector. We as a group – all of us – need to push forward with our educational programs that keep numismatics interesting. There is so much more for the collector today to stay captivated and we need to enable this feeling constantly.” 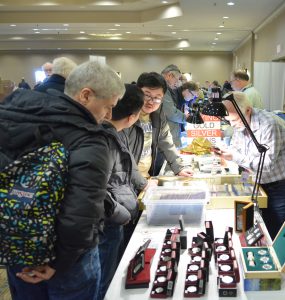 Canada’s numismatic market is driven more by collectors than investors, although the market for high-end coins is healthy.

Campbell also referenced Canada’s stability as a nation – something he said “lends itself to domestic demand in the coin industry.”

“People are more at peace in Canada than they are in other parts of the world – even with their jobs, too – and this drives people to look for ways to enjoy spending their money but also to protect their money.”

While Canadian coins are less of an investment vehicle than those of other countries – Australia, Russia, Poland and the U.S. among them – a return on investment is always a consideration owing to the expense of some numismatic material.

“If you’re buying a 1921 half-dollar for $60,000, you want to make sure there’s a comfort level going forward,” said Campbell, who added the market’s growth correlates with people’s confidence.

“It’s a broad spectrum that takes into account where we live – we’re safe, and we have a great economy – and that lends well to coin collecting.”

CONCERNS FOR 2020 AND BEYOND

Going forward, what Campbell called “unnecessary” government regulations are among the major concerns for the industry in the upcoming decade.

“Like everything else, a lot of regulation is starting to seep in, and it’s really unnecessary for the hobby. I think that will be the #1 obstacle facing the industry.”

The bullion business, which is tied into numismatics with precious-metal coins, is a major factor in these regulations, which focus on financial reporting and day-to-day business, appearing in recent years.

“It’s mostly paperwork from the dealer side, but for collectors, the industry should stay fairly strong but will see a shrinkage in the dealer community because of the regulations that are slowly taking hold of the industry.”

An ongoing decline in club memberships is also a concern for collectors, said Douglas, who added the ONA is aiming to refine its vision to align with the current state of numismatics.

“One of the main things the ONA will continue to do is to concentrate on the needs of our membership, which are changing and evolving constantly. We can’t and won’t stand still,” he said, adding low membership numbers are “one of the major hangups” for clubs at all levels.

“Clubs feel if they don’t have a lot of members that they have somehow failed. I don’t agree with that way of thinking. Does it really matter if your club has 20 members or 60 members? I don’t believe it does as long as your club or organization offers something of value to those that want to belong. These are the people that are more likely to contribute to the entire well-being of the organization and the hobby as a whole. That to me is a success.”