All prices include buyer’s fee.

August is always an exciting time in Kowloon, Hong Kong, as hundreds of numismatic collectors, dealers and all-around enthusiasts gather for a week of world-class auctions.

Last week was no exception as Stack’s Bowers and Ponterio brought their sale to Hong Kong’s Mira Hotel, attracting spirited bidders from throughout the world. Nearly $5.3 million Cdn. ($4.1 million USD) was realized across the massive annual auction.

According to auctioneers from Stack’s Bowers: “The response to this show has been resoundingly positive and shows continuing passion in the Chinese coin market.”

Session A, offering World paper money, began with a bang as the opening lot, a Ming Dynasty 1 Kuan, hammered for above the mid-range estimate, garnering a superb price despite the low grade condition of the note.

The following five lots all realized above their high estimates; this included a coveted 1910 Ta Ching Government Denomination set that brought $59,750 USD. These specimen Proofs ranging from $1-$100 brought double the high estimate.

An incredible Provincial Bank presentation booklet with 83 pieces, offered in Lot 50239, hammered at $10,456 USD for over 50 per cent of the high estimate. The booklet was without question a highlight of the sale and is an interesting piece the winning bidder will enjoy. 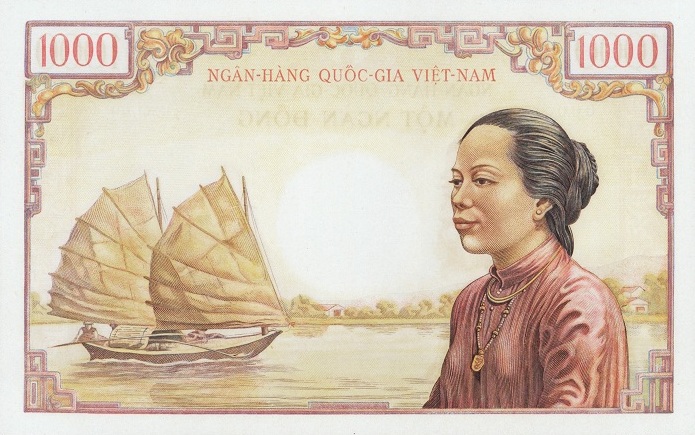 Another paper money highlight was the South Viet Nam P-4Ap 1000 Dong “Old Man at the Temple” note offered in Lot 50424. This note brought a record price of $38,240 USD, a price not yet seen at public auction. That lot “reinforced that those Proofs and Specimens are extremely attractive in high grade,” according to auctioneers.

Session B offered foreign coins, and it wasn’t long before an exciting highlight came to the podium as Lot 60013, an “extremely rare” Cambodian 4 Tical. Bidders, including three international phone bidders, dueled until the final hammer landed at $71,700 USD.

Among Chinese issues from the Empire Period were two earlier patterns of the 1911 Flying Dragon Dollars. Lot 62046 was an early Long Whisker Dragon pattern that flew up to a final price of $131,450 USD.

The very next lot featured the exciting and possibly unique 1929 Satin Finish pattern Dollar that went to a bidder for $119,500 USD. The portrait commemorative Dollar section saw great results as nearly every piece achieved over its high estimate.

Slightly more offbeat scarce pieces saw plenty of action with a Guanyin five-ounce Gold Medal garnering $16,730 USD and a run of identical medals struck in silver also bringing solid prices. One of the tent pole rarities of the modern section was Lot 61273, a massive 20 Ounce 1,500 Yuan struck for the 40th anniversary of the People’s Republic of China in 1989 that realized $131,450 USD. Gold collectors continued with strong competition over the next three lots with a string of five-ounce gold medals all bringing more than high estimate. Another large gold commemorative, this struck for the centenary of Chairman Mao’s birth, made a fine showing with a price of $101,575 USD. 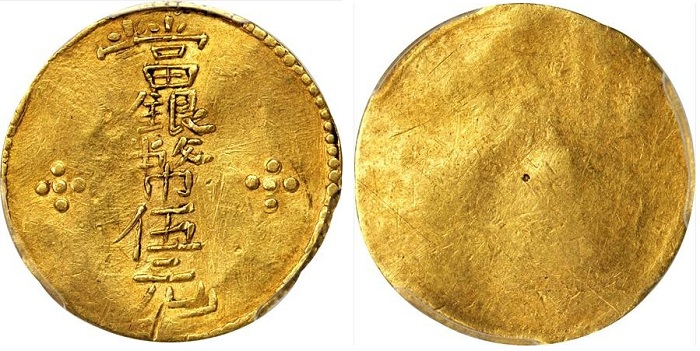 Stack’s and Ponterio have announced next year’s Hong Kong auction and coin show is slated for April 2017.