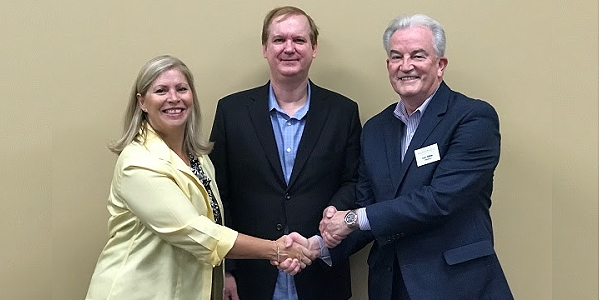 The American Numismatic Association (ANA) has reaffirmed its commitment to supporting efforts to fight coin and bullion counterfeiting with a $55,000 USD contribution to the Anti-Counterfeiting Educational Foundation (ACEF).

The donation was made during the Aug. 18 ANA board of governors meeting at the Philadelphia World’s Fair of Money. The ACEF is a non-profit organization that receives contributions to fund the work of the Industry Council for Tangible Assets’ (ICTA) Anti-Counterfeiting Task Force (ACTF).

The ACTF’s mission is to mobilize law enforcement to protect the integrity of U.S. coinage by educating officials about the growing threat that counterfeit circulating, collectible and bullion coins pose to the collecting community and the public and moving them to act.

“Counterfeiting is a serious problem that poses a threat to the entire numismatic marketplace,” said ANA President Gary Adkins. “The issue is urgent, and the ANA is pleased to continue its support of ACTF’s efforts to assist law enforcement in quickly identifying counterfeit coins.”

The combined efforts of the ANA, Professional Numismatists Guild (PNG) and ICTA led to the formation of the ACTF. Since its inception in January 2017, the ACTF has provided education, expertise and other resources to law enforcement to assist in curtailing the manufacture, importation, marketing and sale of counterfeit coins, related fakes of precious metals products, and counterfeit packaging.

“What is new are the quality and quantity of counterfeits entering the United States and other countries around the world,” she added. “The fact that Great Britain demonetized its one-pound coin less than two years ago and replaced it with a coin containing highly sophisticated anti-counterfeiting technology serves as a prime example of the reality we face.”

During the last 18 months, the ICTA has discovered products minted by the U.S. Mint as well as those produced by “many sovereign mints and private mints have been counterfeited,” said ICTA Director of Anti-Counterfeiting Beth Deisher.

“We have further discovered that packaging, grading services slabs and certificates of authenticity are also being counterfeited,” said Deisher, who co-ordinates the work of the 44-member ACTF. “Education, training and research are key components in mobilizing law enforcement to act against counterfeiting.”

“ANA’s funding support comes at a pivotal time in the task force’s development of educational materials for law enforcement as well as for dealers and collectors. It allows us to move forward with producing high-quality media to educate and assist those on the front lines of the battle against counterfeit coins and other numismatic collectibles.”

Adkins agrees that education is key.

“Thanks to the leadership of Kathy McFadden and Beth Deisher, ACTF continues to make significant inroads in thwarting the import of counterfeits. The numismatic community has benefitted greatly from the work of the task force.”

The $55,000 USD contribution from the ANA is from the Numismatic Guaranty Corporation board designated fund ($50,000 USD) and the David and Kathy Ganz endowment restricted fund ($5,000 USD). Both funds are earmarked for educational programs.