ABNC frame up for auction features proof notes from Canada 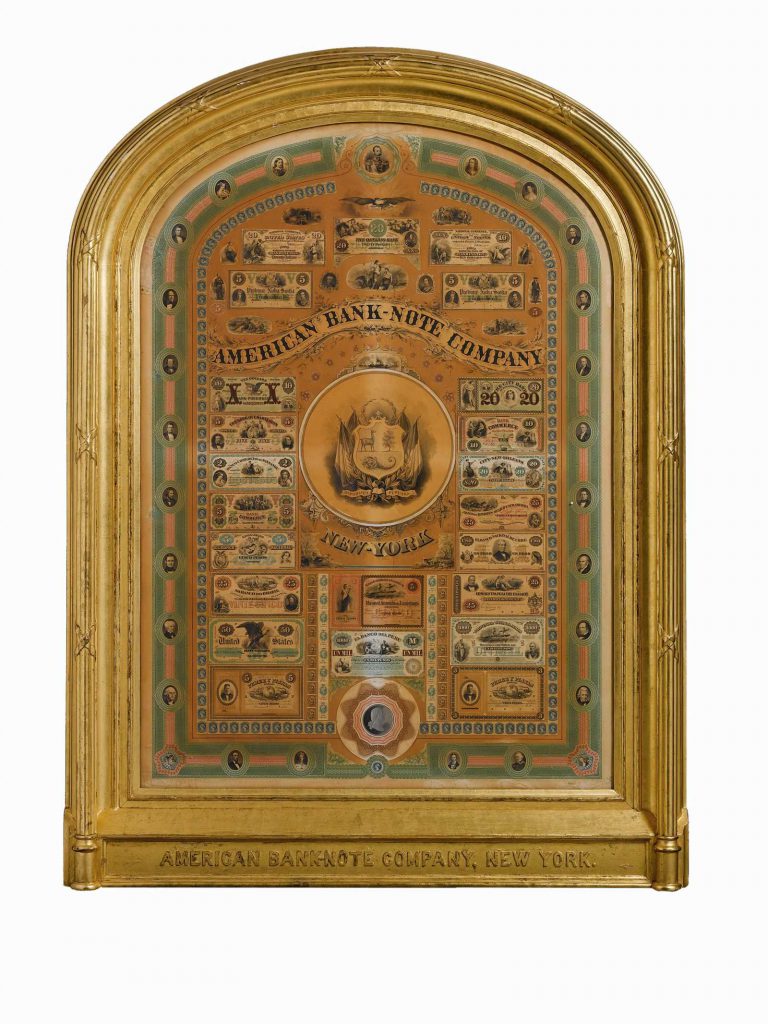 An American Bank Note Company (ABNC) presentation frame features 23 proof banknotes from 10 note-issuing entities, including Canada and Nova Scotia, plus 158 stamps, all printed by ABNC. It's expected to bring upwards of $315,000 at a New York auction on Aug. 18.

In conjunction with the American Numismatic Association’s World’s Fair of Money, to be held Aug. 10-14, Stack’s Bowers is offering what it describes as a “uniquely styled and exceedingly rare” American Bank Note Company (ABNC) presentation frame.

Filled with 23 proof banknotes from 10 note-issuing entities, including Canada and Nova Scotia, the frame will cross the block as Lot 20035 on Aug. 18.

It’s one of 10 frames the ABNC auctioned in 1988; however, only seven frames featured a combination of proof banknotes and postage stamps the ABNC once (with the other three examples displaying only vignettes and stamps).

According to auctioneers, the example on offer this August is the only one available to collectors (with the other six now held by Yale University’s numismatic collection).

One of its nearly two dozen banknotes is a 19th-century $20 bill issued by the Ontario Bank, a major financial institution from its founding in 1860 until its collapse in 1906, when the Bank of Montreal took over the operation.