A ‘thank you’ from the Rotary Club of Brampton charity show 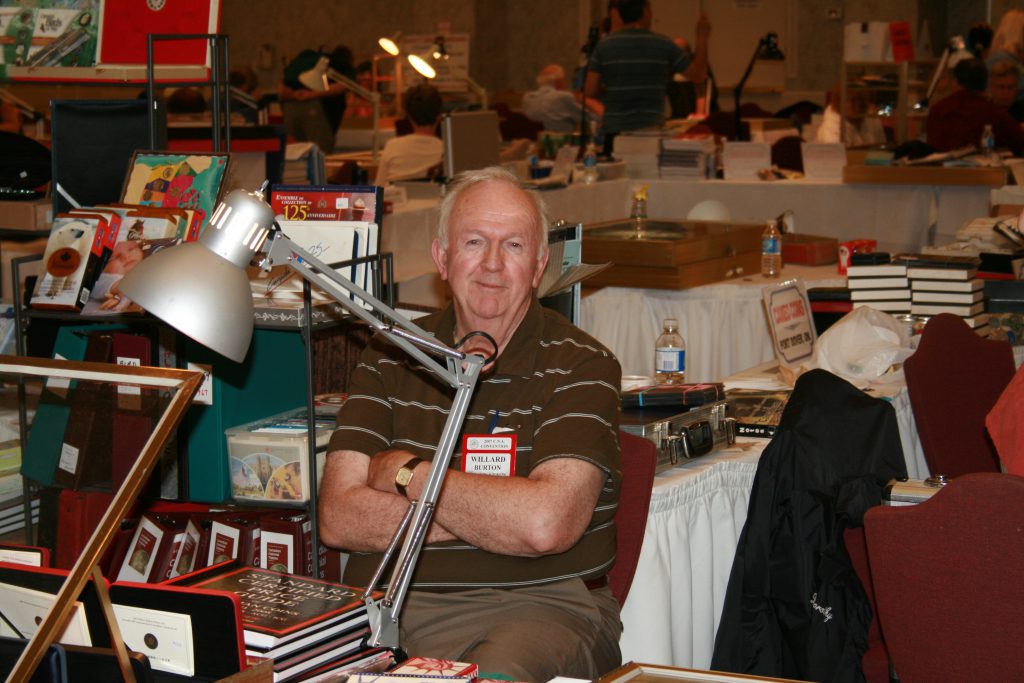 Willard Burton, a long-time Rotarian, owner of B&W Coins & Tokens and former president of the Canadian Association of Numismatic Dealers, conceived the charity coin show held three times a year through the Rotary Club of Brampton. (Photo by Dan Gosling)

Forced to cancel its May 31 charity event in Brampton, Ont., organizers of the Rotary Club of Brampton Coin & Trading Card Show remain hopeful for the next date this fall.

Co-sponsored by the Rotary Club of Brampton and B & W Coins & Tokens, the show is held three times a year. This year “is a special one for us,” according to a statement issued by organizers this April, because it marks the event’s 10th anniversary.

“During the 30-plus shows we have hosted, we have been able to raise over $100,000,” adds the join statement. “That’s $100,000 the Rotary Club of Brampton has been able to put towards the club’s children’s charity initiatives, not just in local communities, but internationally as well.”

Described as a “first-of-its-kind” event, the triannual charity coin show is the brainchild of Willard Burton, a long-time Rotarian, owner of B&W Coins & Tokens and former president of the Canadian Association of Numismatic Dealers.

Built on the back of “Willard’s endless knowledge of coins and the great people associated with it,” the show has been “a great success” since the Rotary Club of Brampton committed to its first three shows 10 years ago, organizers said.

“From our volunteers that come before the sun rises to set up the show, those that work the show greeting visitors, making and selling lunch right through to the ones that stay late and clean up, our club members and volunteers have had the pleasure meeting and speaking with the vendors and the patrons each show, and we look forward the fellowship it brings each and every time. Both sides have worked hard to ensure the continuing success of this wonderful one-of-a-kind charity coin show.”

Organizers also thanked not only the show’s volunteers but also its dealers, attendees, venue staff.

The second charity show, slated for Sept. 27, is still going ahead as planned as of the time of printing.

“We hope to see you at our next show Sept. 27 with the hopes we get back to some sort of normalcy in our lives,” added organizers.

The third show will take place on Dec. 6. Each of the shows is held at the Century Gardens Recreation Centre on 340 Vodden Rd. E., in Brampton.