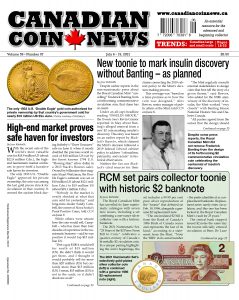 Download or view a digital copy of this issue instantly for just 7 credits. 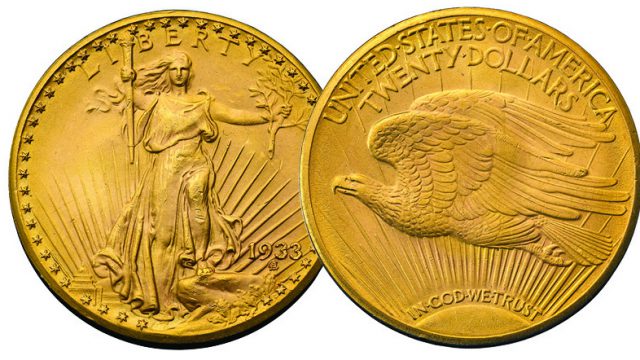 The only 1933 U.S. ‘Double Eagle’ gold coin authorized for private ownership by that country’s government sold for nearly $19 million US this June. Photos courtesy of Sotheby’s.

With the recent sale of the world’s most valuable coin for $18.9 million US (about $22.8 million Cdn.), the high-end numismatic market continues to prove itself a lucrative safe haven for investors. The only 1933 U.S. “Double Eagle” approved for private ownership, the coin was among the last gold pieces struck for circulation in that country. It crossed the auction block during Sotheby’s “Three Treasures” sale on June 8, when it nearly doubled the previous world record of $10 million US (set by the finest known 1794 U.S. “Flowing Hair” silver dollar in a 2013 Stack’s Bowers sale). Owned by billionaire shoe magnate Stuart Weitzman, the Double Eagle’s estimate was set at $10 million US (about $12.1 million Cdn.) to $15 million US (about $18.1 million Cdn.). “Nobody in the market is overly shocked at what that coin sold for yesterday,” said long-time dealer Sandy Cambell, the owner of Nova Scotia’s Proof Positive Coins, told CCN on June 9. Continue reading → 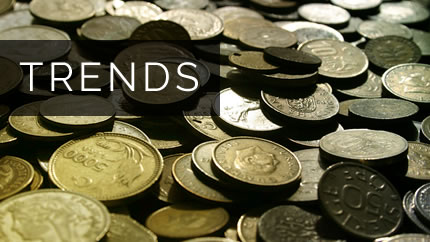 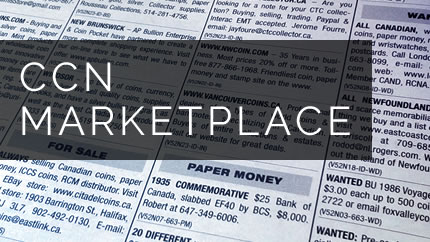 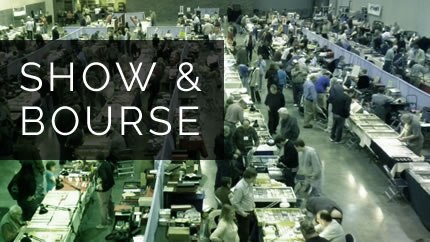 Check out the shows in your area
Page 33 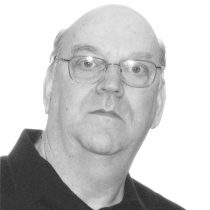 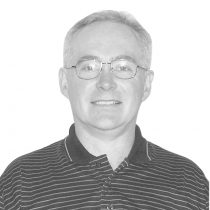 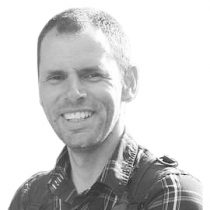 Purchasing this issue costs 7 credits. You can buy credits and use them to purchase past issues and reveal the trend prices of coins and notes. 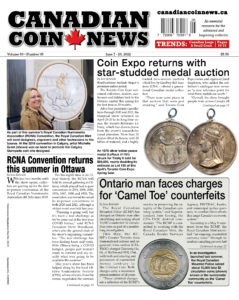 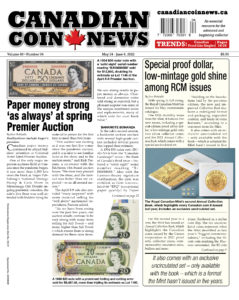 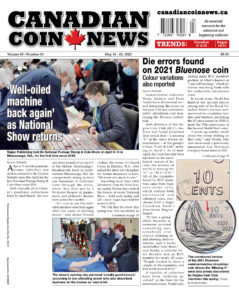 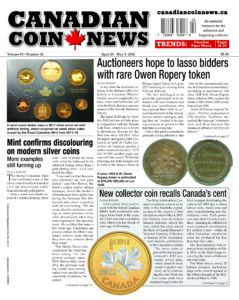